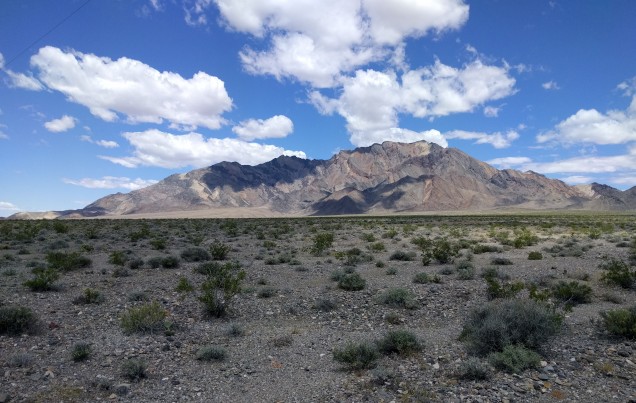 In southern Utah sedimentary rocks are the stars of the geology show–sandstone, especially, and conglomerate and carbonates. Volcanics make some dramatic guest appearances–cinder cones and lava flows. Most of this geology is fairly orderly, horizontal layers of sedimentary rock, canyons carved by water, lava draped over the landscape in a way that makes sense. But not too far away to the west, the geology goes crazy. Great chunks of earth (mountains) are tilted this way and that at thirty and forty degrees. These mountains stand in 20,000 feet of gravel eroded off the mountains as they tipped and raised their edges to the sky. This is the geology of the Basin and Range geologic province. It is the geology of Death Valley and nearly all of Nevada.

Maybe next year, we can explore some of that.