It’s important to realize that geology is not purely theoretical. Because of the centrality of historical interpretation to the practice of geology, we might be tempted to think that geology is as susceptible to bias as political history. However, geology has multiple checks on the power of bias. One of those checks is mining. Mining puts geological theory to the rude and ruthless test of money. Is this mine worth the investment? When the hole is dug and the ore is assayed, the theory turns into hard, cold fact–you make money or don’t. Either way, the mine might become a photo shoot. 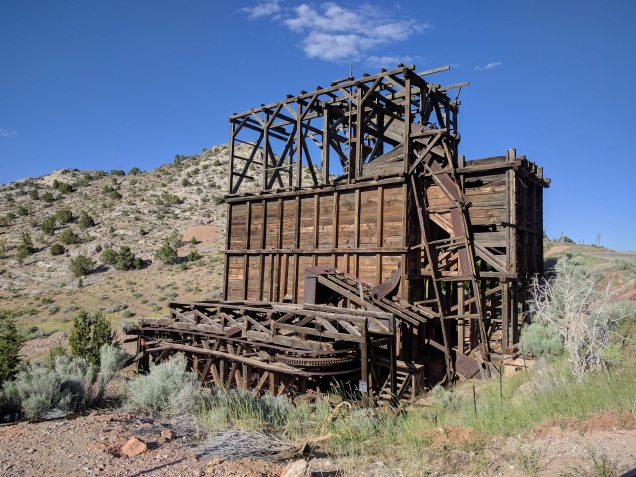 This structure is the head of a tram that carried ore from mines on Treasure Hill above Pioche, Nevada, to a mill down in the valley. In 1928 it cost 6 cents a ton to deliver a ton of ore to the mill via this aerial tram.

One thought on “One Limit on Bias in Geology–Money”